My team conducted it’s first environment test with participants to see how all the assets would look in the headset before finalizing everything. The test went better than anticipated; people enjoyed the environment. They felt it matched the 2D aesthetic we were going for, which is similar to Scott Wills Samurai Jack background paintings. The environment is an underground temple that used to be a cave near the tribe. The cave contains six statues and several reliefs on the walls that depict the origins of the tribe. There is also a written language near the reliefs and statues. The floor also has reliefs that connect to the statues. The entire environment is designed to glow during certain scenes. The test that we conducted showed a rough sample of how the floor would light up. We will have to make adjustments to the greenery, camera position, add two more prop models and rearrange some statues. Overall I’m very proud of my team and all the hard work they have done. My concept artist Sarah Rose, texturing artist / “Unreal guru”/ environment modeler Kane Liu, additional environment modeler Jonathan North and statue modeler Jonathan Gilboa all did an excellent job working on the environment. While Kane was working on the environment he was trying to find ways to make it look 2D from all angles, so once all the updates to the environment are done we will add eye trancing so the audience feels like they walked into a 2D world. 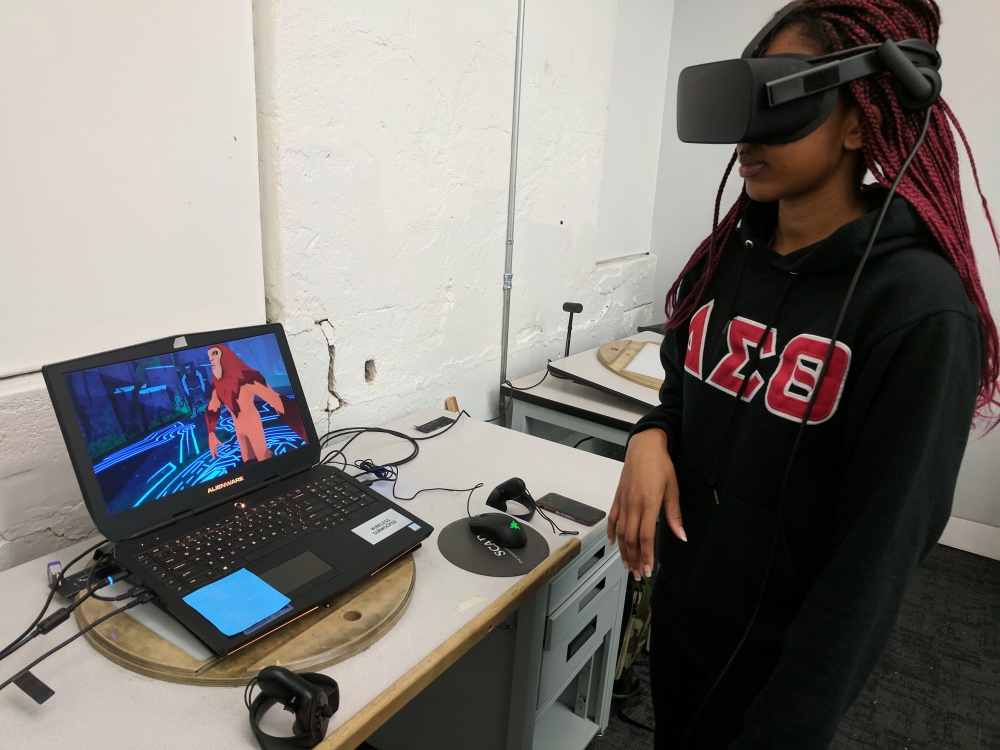 Video of Jorge experiencing the environment on the Oculus Rift

Edge Texture Test by Kane Liu – This test explores the effects of rough brush strokes on the edge of the object – for quality purposes in 3D. This technique will be applied to more elements in the environment. In Unreal, we will make the edges follow the camera so the view will stay the same.